Today, WK Entertainment is celebrating "Fiel," the clingy reggaetón hit by Wisin, Jhay Cortez, and Los Legendarios, currently one of the most-streamed Latin songs in the world on Spotify's Global Top 200 chart—the list's only Spanish language hit to crack the Top 10.

It was recorded in the mountains of Cayey, Puerto Rico, at Wisin's label's studio, La Base Music, which released the single via Walter Kolm's WK Records in February.

It's certified platinum in the United States, Spain, Chile, and Mexico, plus made Gold in Colombia, rippling through Latin America in the #1 seat on Spotify and Apple. It’s also the only song represented by a Latino-owned artist management firm and label to pierce the Top 10 frame of Spotify's Global Top 200 chart.

"Fiel's" music video, which became the most-watched visual the day it premiered on YouTube, has over 60 million views. It's a viral sensation on TikTok with over 2 million uploads and more than 300 million views. It ranked Top 40 on Shazam's worldwide chart and #1 for the platform in Ecuador, Paraguay, Peru, Bolivia, Colombia, Chile, El Salvador, Venezuela, and Costa Rica.

"The success of "Fiel" and WK Record's inaugural year with La Base Music has proven our commitment to showcasing Latin talents across mainstream branding and media opportunities, and we've only just begun," said CEO Walter Kolm. He is known for managing megawatt Latin artists' career trajectories and developing legacy portfolios throughout his illustrious three-decade-long career.

"It's all about the music. Knowing that we created something that touched so many around the world is inspiring. I'm grateful to have had the support needed to deliver what we did", said La Base Music Founder Wisin about earning his first Top Ten on Spotify's Global 200 chart as a solo artist and the strength of his alliance with Walter Kolm.

WK Records' first signee, Alex Rose's smash hit, "Jangueo," and new single "Me Fijé," are also crushing playlists. The possibilities for artists under Kolm's indie label, distributed by The Orchard, are boundless, considering the success of acts steered under his management helm.

WK Entertainment was one of the first management firms to announce a major American musical tour with Maluma, who achieved 14x multi-platinum for his single “Hawái” and went 6x multi-platinum with its remix featuring The Weeknd, released last fall under Sony Latin Music.

"Time-tested success formulas back WK Entertainment. Our team is unafraid to evolve. We're aggressive," added Kolm, as he preps for another slate of releases, tours, and award shows.

About Walter Kolm:
With a remarkable trajectory, Kolm has excelled in the music business and is recognized for his ability to discover, develop and promote talents. He was the founder of the legendary record label Radio Tripoli. In 2009, he was named President of Universal Music Latino & Machete, overseeing acts like Wisin & Yandel and Don Omar, taking their careers to the top radios and global charts. His fingerprint was established with the leadership overseeing the Universal Music operation throughout the U.S. and countries like Argentina, Chile, and Spain.  Walter Kolm founded WK Entertainment, one of the leading firms dedicated to Latin artist management, in 2012 and WK Records in June 2020. Both enterprises are headquartered in Miami, with offices in Spain, Mexico, and New York. Follow @WKEntertainment.

About La Base Music:
La Base Music Group, located in Cayey, Puerto Rico, is a record label and entertainment company founded by Latin music icon, singer, songwriter, producer, and impresario Wisin in 2020. More than just a record label, it's a talent incubator space where songwriters, producers, and artists convene. The roster's signees include Chris Andrew and Abdiel, plus hit-making engineers and producers Hyde Químico and Los Legendarios ("Fiel"), who has worked with Daddy Yankee, Ozuna, and Reik. In addition to Wisin & Yandel, a bevy of artists have recorded critically acclaimed works at La Base studio, including Ozuna for his recent chart-topping album "ENOC". The Orchard distributes La Base Music via WK Records. Follow @LaBase on Instagram for more information.  https://www.instagram.com/labase. 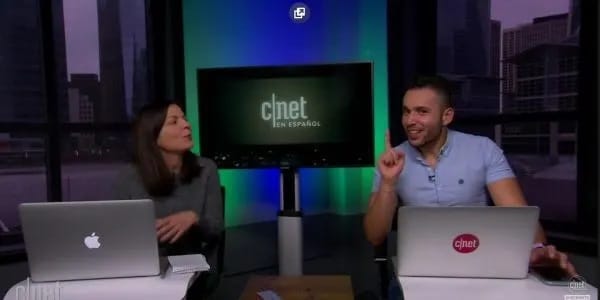